This is the third in a series of 12  video tips that will improve your video instantly.  See the rest here.

In the movies, on the big screen, we’re impressed by giant vistas. The stunning old West, where cacti and cowboys roam, or a panorama of stars and planets as we float through the vacuum of space. These amazing landscapes look great in IMAX, okay on our 52-inch plasma screens, and like tiny, blurry garbage on a Droid.

Which is okay because here on planet video, we’re more likely to be shooting people anyway.

If people are the stars of most videos, their faces are what you want to stay focused on.  People communicate half of everything they’re saying with their mouths and the other half with their eyes.  If you’re too far away, you miss the eyes– and half the message. 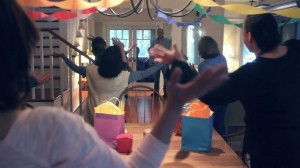 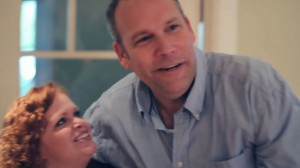 Think about the shifty lawyer on the news whose mouth proclaims his client’s innocence but whose demeanor somehow makes you feel he isn’t. It’s in his eyes. Or in a drama, when she says, “Yes, of course I love you,” but you and the hero know she doesn’t—it’s the eyes again.

If you’ve got a 40-foot screen to project on, you can keep a person small in the frame and they’ll STILL be larger than life when you play your video back.  But if your screen is a wee bit smaller, you need big faces to get your story across.

A good guideline?  Don’t shoot until you see the whites of their eyes.

Want to see this tip in action?  Watch my book trailer here.

One thought on “Don’t Shoot Until You See the Whites of Their Eyes: 12 Video Tips #3”